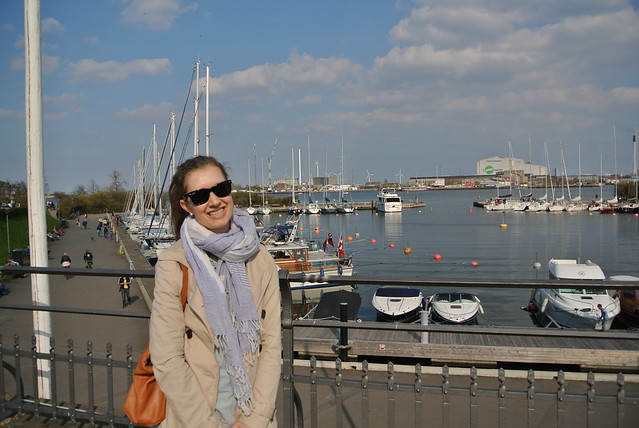 While my birthday this year doesn’t involve any Coffee Collective cortados, nor will it enjoy the end of exams as my 18th did, it seems wrong to let the day go by completely unnoticed.  Rather than celebrating, I’ll be sitting at university on a bank holiday that’s also my birthday, partially thrilled that there are no ‘cinco de mayo’ parties to attend.  Here’s a list of the 22 coolest things I did last year:

Working in silence is depressing (and unproductive).  Especially when in a noiseless, aseptic library.  The white walls gleam menacingly.  Every pencil mark left on the plastic table from previous manic study sticks out, a threat of imperfection.  We all have our own toxic work environment.  It could be the hush of your desk at home.  Perhaps you find your office suffocating; with fellow employees mechanically clicking at their keyboards.  We shouldn’t have to despise where we work.

And that’s how I discovered Danish radio.  I was staring at my computer at home in NYC in an intimidatingly silent living room.  My parents were out at breakfast and my mind could only think of what else I could be doing besides outlining an essay.  I needed some mental noise and Danish radio appeared.

You can listen to delightfully eclectic playlists filled with ‘recent’ pop music on P7.  MAMA probably means something besides the obvious, but I’ve no idea what it would be (though they do seem to play something akin to electronica).  You can listen to general talk shows on P1 and P2.  The language is such that your mind doesn’t fix on the meaning, rather it allows the words to pass through, some background noise to keep you company.

The best thing about Danish Radio is that, for me, it doesn’t exist beyond  work and study.  I’m not going to tune in just because.  I’m not going to go into a store and hear it playing.  When I put on P6 Formiddagen på p6 BEAT, I know that I’m working in the morning.  Nothing less, nothing more.  Danish Radio helps me find a productive mental space by providing concentrated distraction.  There’s no question as to what I should be doing when it plays.

Even the sterile library, with its precariously sorted books feels more like home when I can listen to Poker Face followed by a country song.  Now, let’s get working, positively.

How do you create a positive work environment for yourself?

I’ve made it no secret that I’m obsessed with the winter olympics.  From snowboarding to skating, I love it all (except for curling).  Last weekend, my dad and I searched and searched for a way to watch a little bit of the games together.  We didn’t find any videos, but we discovered the New York Times Olympics section, which made up for our lack of shared viewing and then some.

I’m not sure which feature has my jaw closest to the floor.  Is it the insanely cool pictures of the gear from various sports?  Could it be the in-air shots of figure skating jumps?  Maybe it’s the mind-boggling imaginings of New York City optimized for different olympic events.  Their interactive video features are nothing sort of amazing (the halfpipe one will have you booking snowboarding lessons).

I should probably be apologizing.  After all, this is the kind of website that pulls you in and monopolizes your afternoon.  But hey, the olympics aren’t around for long, so lets enjoy them while they last.  And be sure to click through this slideshow, which explains in ten photos why snowboarders are the epitome of cool.

At some point between the walk to Sainsbury’s Clifton Down and a mostly fruitless search on the internet for a new croissant place.  I chose routine.  It wasn’t a glamorous choice.  It crept upon me slowly until it wasn’t a choice but a given.  Such an obvious course of events that I didn’t bat an eyelash, until I began getting into a conversation with the person who works in the cafe on Saturday, like a regular might do.

I’ve often battled and felt trapped by the notion of being a regular. What if I don’t want to get into some long-winded small talk?  What if I just want to get my croissant and be done with it?  What if I prefer the comfortable blanket of anonymity?  The choice to become a regular was made for me when these questions began to feel less important.

So, I now have my place.  It’s facing a window, with a flat white on a tall chair with a book in hand.  It’s listening to the different conversations that take place as I eat breakfast, most of them dressed in the same familiarity as mine now are.  The guy who works in the store on Saturday morning now knows I come from Brooklyn.  I know he spent some time in Bushwick.  It’s a bit strange — a relationship I rarely seek out — but I’m getting a glimmer as to why some people might like this.

Finding the go-to place, the default in your routine, makes all the variations more exciting.  It’s easier to notice the changes when you have something set.  Saturday breakfast is already a deviation from my weekday muesli and yogurt habit.  Having a place to routinely enjoy the deviation serves a benchmark from which to measure the past week.  How do I feel here this Saturday?  Have I gotten any closer to knowing?

I’m still looking for a new place.  I’m still eager to try a croissant that will remind me of Almondine, or at least of Maison Kayser (on a good day), but I’ve yet to find anything exciting, anything filled with promise.  Now, however, I’m enjoying the search, knowing that my routine isn’t the search of the new, but the excitement of the eventual deviation.

Do you have a go-to weekend breakfast?

The why of a half-full bottle of wine is never an interesting story.  It may involve an early night, a guest who never arrived or a poor choice at the liquor store.  That’s why you’re not going to hear the story of how I was left with half a teeny-tiny bottle of wine.  Instead, you’ll hear the story of a lunch that finished with cookies.  Because anything that finishes with cookies makes for a good story.

It was midday on a lazy, I-should-be-doing-more-work-than-this, Sunday.  After some procrastination and a dinner invitation, I had the brain-wave to waste time by using the remains of the wine for cookies, biscotti di vino, to be precise.  I had a soup — pappa al pomodoro — to cook on the stove as I made the cookies.

I threw a glugg of olive oil into a pan, cut some garlic and ripped up a few leaves of basil.  Within moments, the damp-smelling room became welcoming.  After a bit more preparation — tearing up bread, opening a can of tomatoes — I turned my attention to cookies.

They were simple, the kind of cookie that makes even me — anally aware of authenticity — pretend they are in an idyllic cottage in the Italian countryside, ready to enjoy their good, clean and fair lunch.  It was simple: measure flour, a little bit of sugar and a large pinch of salt all stirred.  Make a well — the quaintest baking technique — and pour in your olive oil and leftover wine.  The wine’s dull story transforms with the few turns of a wooden spoon, coming out as a slightly sticky, but pleasantly smooth dough.  Instead of shaping i biscotti like the recipe suggested, I made them into petite taralli.  I resisted the urge to throw in black pepper and a hefty dose of toasted almonds.

The soup bubbling on the stove was done.  I turned it off, put some in a bowl for later and some in piatto fondo to enjoy immediately.  Sunday lunch is awkward.  Either too little time has passed since a too-late breakfast to feel justified hunger, or the processing of properly cooking a midday meal shocks your routine, making you vaguely confused.  What’s this?  How did I get here?

I debated these questions — though they invariably went further, considering how I ended up at fourth year in a perpetually damp house — as I ate my soup.  More than the pleasant tomato-taste, I enjoyed the texture.  The just-stale bread was squishy with a satisfying bite.  It was just indulgent enough to make Sunday lunch feel like an event rather than an accident.

And then it was over.  Time to wash up.  The cookies had five minutes left in the over. I trudged to the sink, breathing in the sweet smell of flour, sugar and wine.  I distracted myself from the mundane task with the sunlight streaming in through the window.  There may have been a few gold-medal olympic performances in there as well.

Then I sorted the kitchen out, as if the whole event had never happened.  I was left with a simple bowl of leftover soup and cookies with half a teeny-tiny bottle of wine in them.  All is well that ends with cookies.

Sunday lunch: what does it look like for you?