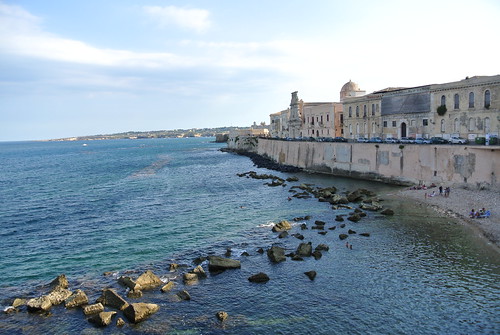 All blog posts will now appear solely on my new website. Follow the link to check it out: 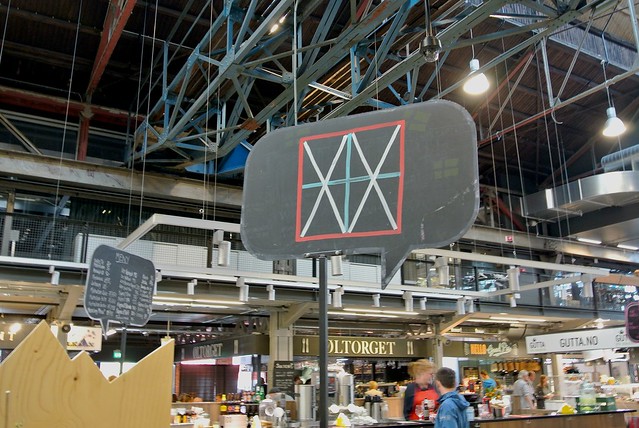 Although these spaces could be described as upscale food courts as they gather food sellers, dubbing them ‘food halls’ — a chiefly British term — imparts an exoticism that distances them from routine, mall-like, consumption. That doesn’t mean the American food hall has the same purpose as the British one. Whereas the British stores typically sell semi-prepared foods, the American food court —the contemporary food hall’s predecessor — serves up complete meals. Regardless of whether a shopper at Selfridge’s food hall looks for a loaf of bread or a cooked vegetable side dish, they intend to integrate this product into a larger meal. At a food court, however, the individual must select a single, finished meal. While the food court supports passive consumption, the food hall requires the shopper to become an actor in meal production. If America’s food hall layers the British version onto the food courts they replace, these new areas hide a consumer-driven attitude to food behind their façade of chef-y innovation. 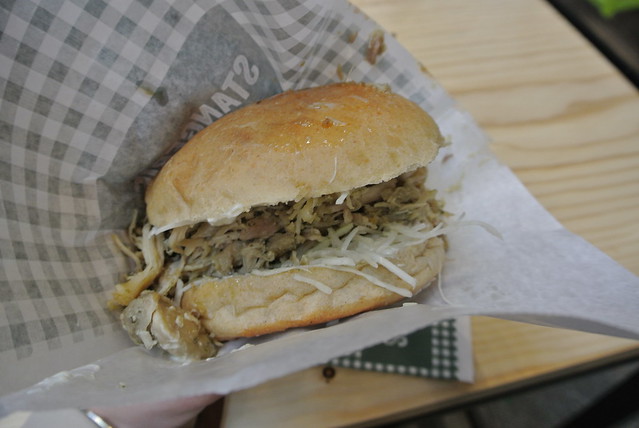 At New York’s Chelsea Market, which opened in 1997 and helped prompt food hall mania, the shift away from wholesale to retail spaces demonstrates the tension between shopper participation and rote consumption. Housed in an office building for media companies, the market mixes small purveyors, local chains and high-street shops. Most of the retail is food-related, but not all of it. In between a seafood shop and a bar, there’s a pop-up space used for fashion sample sales. Next to Fat Witch Bakery, famous for their ultra-dense brownies, there’s an Anthropologie. Through the seemingly random combination of stores, Chelsea Market shows that their target customer isn’t interested only in eating; they’re interested in all kinds of consumption.

To bridge the gap between these seemingly diverse shops, the contemporary food hall requires a client who actively participates in hyper-connected digital society. Social media has trained the ideal shopper to connect divergent ideas and goods, allowing them to integrate into the consumerist culture the space presents. As businesses use platforms like Instagram to portray their brand’s lifestyle through photos, flawless manicures represent clothing stores and restaurants are their gorgeous dishes. Chelsea Market can thrive on blending food purveyors, lifestyle shops, and clothing stores because the space caters to a group for whom this combination of goods and ideas already exists. 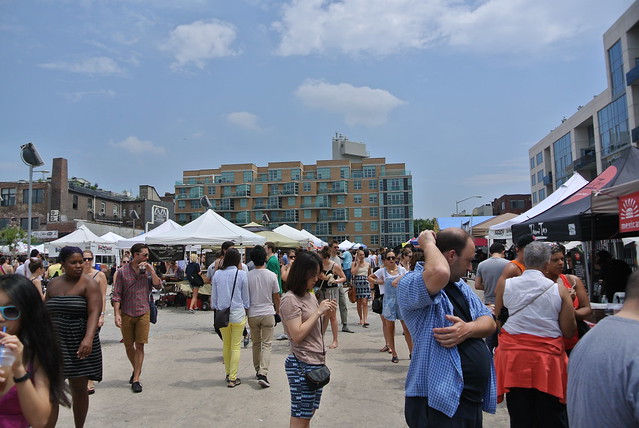 Although contemporary consumption habits allow these stores to coexist, it’s the method of consumption that makes modern food halls the city equivalent of suburban food courts. In theory, these eating arenas allow a group of friends or family with divergent tastes to find a meal that will please each of them equally. As Michael Pollan points out in Cooked, the contemporary American meal has shifted from a single, cohesive dish the whole family enjoys to a piecemeal experience in which each family member attends to their own tastes. If this new meal format champions individuality, as Pollan scornfully suggests, plural food spaces, such as food halls, arise from this cultural change. Food halls may allow groups to eat together without requiring individuals to compromise their preferences, but this rarely streamlines the dining experience.

Unfortunately, it’s rarely easy to choose from an endless parade of options. You may not have to argue with your ramen-hating friend, but you still must negotiate between your noodle-slurping and taco-loving self. Choice suffocates as you wander amongst the custom slushie stand, healthy juice bar, and famous milkshake shoppe. You can customise your experience to your tastes, but first you must identify your most immediate desire. To do so you must confront the food hall’s sad truth: you can’t enjoy it all. As food trends lean toward excessive and indulgent dishes, a bite of cheesey-meaty poutine nullifies the desire for a crisp, gooey arancino. If money limits your mall experience, stomach space limits your enjoyment of the food hall. 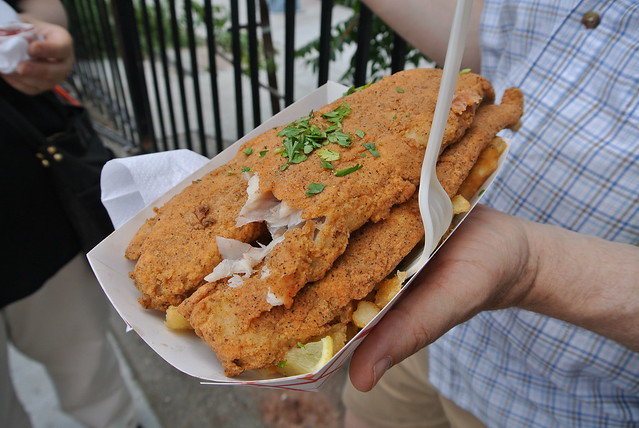 Whereas the food court is an everyday space, the food hall, along with its nutritionally exclusive foodstuffs, is a destination. At the food court, choosing the burger today doesn’t exempt you from having a slice of pizza next week. Frequent visits make the dishes pleasingly ordinary and remove any exotic aura they once possessed. At the food hall, however, choosing one meal over another feels final. You don’t visit these spaces on a regular basis. Whether it’s a seasonal pop up, out of the way location, or must see in a foreign city, the food hall gains an irresistible aura through being an ‘other’, special space. The space and the atmosphere, in addition to the food, draws crowds.

Examined as a trendy gastronomic destination, the food hall possesses limited utility. Once the tacos go stale and the ramen turns cold, what allure will remain for these areas? It depends on how society chooses to integrate them into the fabric of their cities. New York has capitalised on the excitement of the short-time market to drive hype around these food spaces. Smorgasburg becomes an event because it’s associated with a seasonal ritual. On one hand, this allows for regular renewal, maintaining public interest. On the other hand, this heightens the tension regarding food choice, limiting its practical use in the New Yorker’s daily diet. It seems unlikely that these chef-drive gastronomy malls will survive in their current form. It’s just a matter of time until the food hall’s next form arrives.

Earlier this week, when I was thinking that Tuesday was actually Wednesday, I was prematurely excited about reading the Dining & Wine section of the New York Times.  One half of my brain recoiled at this disturbingly grown-up thought.  The other half was already enjoying the stories I would read.

Guess which side won out?

The article (and accompanying video) on the cookie dough Oreo captured my attention for various reasons.  There’s the strange science behind creating flavors that resembles a low-class molecular gastronomy.  There’s the rhetoric used in advertising the product.  There’s the mixed-up relationship between pleasure and torture in eating it.  We can’t forget about the psychology of taste and buying.

What do people  have to say about this treat? Business Insider’s taste-comparison with the marshmallow crispy cookie describes them as ,”The cream tastes sort of like Lucky Charms, sort of like maple syrup, basically just a murky sweet taste. The ‘chocolatey’ chips taste like nothing more than slightly harder flecks of sugar”.  Peanut Butter & Awesome remarked, “These cookies are supposed to taste like other cookies, but they ended up tasting more like Canada.”  Yumsugar was slightly nicer, “we’d best describe these as some very confused mocha Oreos. Tasty to be sure (if coffee-flavored sweets are your thing), but mislabled.”

After reading about these cookies, my instinct is to run as far away from the grocery store as possible.  Or, perhaps wander the aisles, looking for the next funny thing to capture our attention.  Yes, that should do quite nicely.

Would you try the cookie dough oreo?  Have you?

Dividing one’s times between two different countries can pose several logistical issues when making and keeping friends.  There are those people who will only talk to you about your home country (please note: i am from new york more so than america.  i have more experience shopping at sainsbury than whatever the american equivalent may be).  There are also people who have indecipherable accents—though that can happen in America too, no doubt—and a few people who are potential friends.

Once you find that noteworthy soul, the threat of being apart for months at a time puts a crimp in the process of becoming BFFs (i nearly typed biffles, be glad i have some self-restraint).  Right now, I have an invite to a friend’s 21st birthday in London.  On July 7th.  I’ll be home.  Darn it.

So maybe you can understand where I’m coming from when I read this book.  I want a BFF!  Though I want to be able to communicate in manner outside of skype/facebook/letter writing for significant parts of the year.  It’s a difficult situation to say the least.

Despite my (highly?) unique predicament, I read MWF Seeking BFF by Rachel Bertsche with rapt enjoyment.  In fact, I feel totally inspired to begin my own friendship search.  Except, maybe not right now.  I’m on spring break; how could I keep friends in New York.  I could start when I return to Bristol for summer term… but then I’ll be preparing for my year abroad, sigh.  Perhaps my theoretical friendship search would (will?) need branches in New York, England and Italy.

Bertsche’s attitude towards making friends is so infectious that I have a feeling you’ll be interested in starting your own search as well. Even if you are already surrounded by a billion best buds.

I read this book in four days.  Fifty percent on the first day (confession: i was on a train, then commuter rail, then a plane where the entertainment system went down around iceland).  Usually, my attention span fades precariously after thirty minutes of reading.  That didn’t happen with this book.  This book read more like a story that your best friend was eagerly recounting than a true non-fiction book.  I happily gobbled it up feeling like I was reading so-called chick lit.

Bertsche is at a loss with her friendship circles in her newly-adopted city of Chicago.  To remedy her situation, she decides to dedicate a year to making friends and goes on 52 ‘friend-dates’ with the goal of laying down roots of friendship and maybe even finding a BFF.  She tries everything to meet people and finds potential friends in an astonishing variety of places.  Throughout the anecdotes, Bertsche sprinkles scientific facts that remind the read just how important friends are.  The circumstances she gets herself into are sometimes heartwarming, sometimes hysterical but always relatable.  Reading this book feels like talking with a good friend, appropriately enough.

The book is well researched and well written.  I loved Bertsche’s outlook on friendship and her overall enthusiastic point of view is infectious.  Even if you have a wide circle of friends, this book is a worthy read.  It’s fun, factual and fantastic…

I should probably stop with the aliteration now.

If you need some more reasons why you should read this book now, check out her blog, which serves as an extension of the book.  It’s a great read as well!

Do you like making new friends?  Where was the strangest place you ever met a potential new friend?